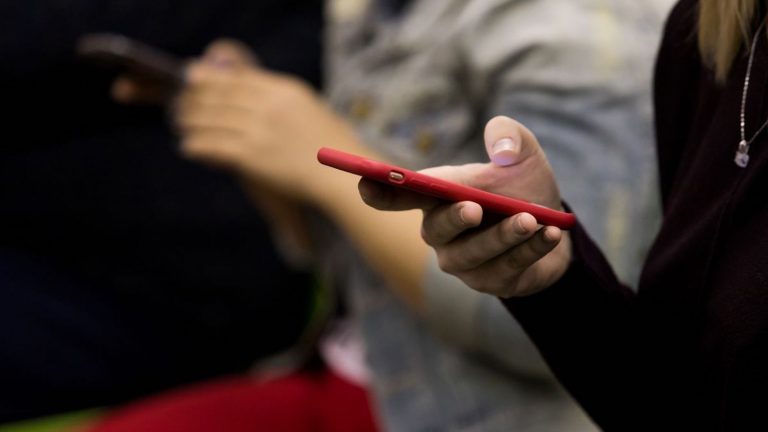 An absurd juxtaposition I observed the other day after picking up my daughter from school. The reader, particularly those of the Rothbardian persuasion, will be displeased to learn I live along what is locally known as “server valley.” (And by locally, I mean I just coined it. All future uses of the moniker should be attributed, and royalty checks made payable, to me.) Along the main drag of SR 28 in Virginia’s Loudoun County are dozens of discreet concrete compounds, all branded and run by the Bond-villain-sounding data company CyrusOne. The cyber concern’s Wikipedia page says it specializes in “colocation and peering services,” which I take to mean tracking the Amazon carts of 335 million Americans, along with pinpointing the exact Afghani mud huts for the CIA’s Predator drones to pulverize.

Each of the colossal server farms is racked with massive cooling units that presumably run 24/7 to keep the exabyte-housing innards frosty against the lambent Virginia sun. The carbon footprint of these sprawling facilities probably negates the pollution-mitigation of any solar-panel rebate Congress stuffed in the Inflation Reduction Act. Sorry, libs, you get what you vote for.

Despite dozens dotting the highway, more power-guzzling digi-centers are cropping up. And right next to the assembly site of one, I spotted a panhandler working an intersection. His placement was odd, because, despite perfunctory sidewalks along the road, no traditional shops or residences were in immediate vicinity. So, being father of the year, I whipped my car in a U-turn, and drove past the cup-rattler to snap his picture against the hulking steel-and-stone structure, all while my daughter shouted confused questions about why I was taking her back to school. “I’m doing it for the ‘likes’, baby!” was my reply. Take a look: That gets to the real point of this piece: strange bisections that don’t make sense. Or the mental morcellements we construct around inherently blurred things.

Case in very focalized, documented, and registered point: Big Tech as a handmaiden of the deep state. Hot off our humble publication’s “Patriot Act” week, we got tangible confirmation of a long-assumed fear: that the federal security apparatus quietly pulls the strings behind the biggest social media platforms. Such surreptitious censoring has been suspected since the Snowden revelations. But back in those innocent days of 2013, we only learned of the Prism program, which was an electronic backdoor for the NSA to snoop on all domestic communications. The digital dragnet, we were informed, was only passive, strictly for surveillance. Now revelations courtesy of The Intercept reveal that the government is taking a more proactive role in the digital square than previously disclosed.

“The Department of Homeland Security is quietly broadening its efforts to curb speech it considers dangerous,” report Lee Fang and Ken Klippenstein. “Behind closed doors, and through pressure on private platforms, the US government has used its power to try to shape online discourse.”

Fang and Klippenstein piece together a trove of leaked and public documents to show the extent to which DC bureaucrats, under the auspices of the Cybersecurity and Infrastructure Agency (CISA), are trying to fight an “infodemic” with prefab narratives. The results vindicate all the crazy tinfoil-chewing uncles out there assembling string-theory boards for Thanksgiving. Alex Jones also deserves an apology—not that a billion sorrys can pay off a billion-buck fine.

When government info-cops want to flag a news story, a specific phrase, or a general idea as poisonous to public discourse, they simply contact the big social media channels and request a suppress. As for the attendant reputation-ruination that should come with colluding with the man? Well, all the cool platforms are doing it. Facebook/Instagram has its bureaucrat-exclusive kvetch portal. Twitter also hosts an official procedure for accepting government takedown requests. In the runup to the 2020 election, CISA reps met monthly with major tech firms including Microsoft, Wikipedia, and Verizon Media to call attention to misinformation. And yes, sorry edgy couch-jocks, so did Reddit. *Somewhere, a barrel of cheesy poofs is tossed against a basement ceiling.*

The topics within the government’s disinfo crosshairs shouldn’t come as a surprise: both COVID’s provenance and the efficacy of its vaccines, race acronyms like BLM and CRT, the Afghanistan withdrawal, and ongoing arm shipments to Ukraine. Basically the biggest button-pushers of the left. Or those “settled” issues that send MSNBC anchors into apoplectic, spittle-spewing fits whenever a 20-follower anon says something crosswise of the official narrative. You know, like how the Pfizer jab doesn’t actually prevent COVID transmission. Thoughtcrimes like that.

The tax-funded bureau-spook complex pushing leftist ideology isn’t that jarring if you remember the dubious origins of the Trump-Russian-collusion-pee-tape-Moscow-server-dossier debacle. The FBI fell for selectively fed facts trying to find Trump sliding into Putin’s Twitter DMs. But now the same desk jockeys, operating under a different alphabet soup authority, are trying to fact-check and myth-break, all in the name of fortifying “cognitive infrastructure,” which is sanitized bureau-speak for mind control.

That’s irony twist number one. The second bit of irony is that this social media policing didn’t originate in the now-disbanded Disinformation Governance Board. CISA predates that doomed Ministry of Truth iteration. In fact, CISA was established by the Cybersecurity and Infrastructure Security Agency Act, which none other than President Twitter Banned signed into law. Reading the fine print, whether in laws, loans, or library books, has never been Trump’s forte.

The government’s commandeering of social media to influence national narration introduces a new public affairs parallax. It further blends the distinction between private and governmental entities. Like Amazon hosting the CIA’s cloud computing, our old Aristotelian divides—this privately owned business, this local public council—are not so cut and dry. Sure, Facebook has a CEO and shareholders and sells stock—but its proprietary wares operate at the whim of surveillance state suits. So who controls whom?

Private wealth versus public coffers; autonomy versus overriding public authority; free speech versus superseding discourse-control—two traditional poles are mixing thanks to the government’s forced emulsification. Online we may think we’re expressing our own thoughts, posting punchy observations in 280 characters, minds untainted by engineered influence, but we’re still communicating within the confines of state approval.

Social media operates at the behest of the government—a mendicant begging for permission outside an inscrutable, unknowable bureaucracy. Think I’m too dramatic? Ask Elon how the uncensoring of Twitter is going. After you cover his photovoltaic tax subsidies, of course.

I should have given that bum a finksy. Ah, well, next time—if he isn’t memory-holed first for being a blight on public life.